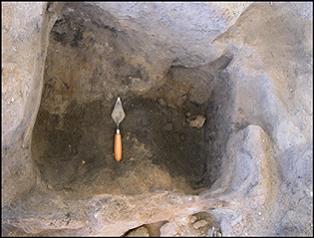 Concentration of charred plant food in a storage bin

This project’s central aim is to investigate the social and economic uses of the plant and animal domesticates that sustained occupation of the large and long-lived Neolithic site of Çatalhöyük, central Anatolia, through a turbulent period (the seventh millennium BC), when major settlements across south-west Asia suffered collapse. More specifically, the proposed research will test two hypotheses relating to the mid-later Neolithic occupation of the site: 1. close household-level integration of small-scale crop and livestock husbandry was fundamental to Çatalhöyük’s continued success; 2. strong social pressures against household differentiation prevented site fissioning.

The project represents a rare attempt to address the degree of integration in the Neolithic farming ‘package’ using a combined zooarchaeological and paleoethnobotanical research strategy. While it is widely acknowledged that the success and spread of early farming in the region coincided with the dual establishment of cultivation and herding, site-specific studies based on primary scientific evidence are needed to clarify the role of closely intertwined crop and livestock management practices for the spread of the ‘package’ both within and beyond south-west Asia. 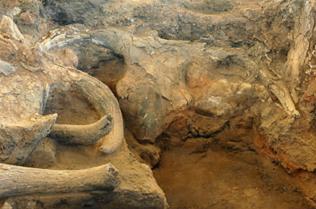 If the evidence supports our model of integrated and intensive household farming as well as social pressures against household differentiation, the broader implication is that a balance between robust household production and food practices promoting social cohesion enabled the site to flourish over the long term. Thus, Çatalhöyük’s long-term success may have been as much a social as an economic feat. Such insights into cultural survival are of critical importance for continuing debate over the causes of cultural collapse elsewhere, especially among early farming ‘tell’ communities in south-west Asia and south-east Europe. Moreover, such insights are relevant to present-day crises in food production, which relate to large-scale land ownership, over-reliance on a small range of cash-crops or specialized herding strategies, the costly efficiencies of industrial fertilizers, herbicides or fodders and a lack of integration at the household level.

Bogaard, A., Charles, M., Livarda, A., Ergun, M., Filipovic, D. and Jones, G. in press. The archaeobotany of mid-later occupation levels at Neolithic Çatalhöyük. In I. Hodder (ed.), Humans and Landscapes of Çatalhöyük: Reports from the 2000-2008 seasons. Los Angeles: Monographs of the Cotsen Institute of Archaeology, University of California at Los Angeles.

Demirergi, G.A., K. Twiss, A. Bogaard, L. Green, P. Ryan and S. Farid, in press, Of bins, basins and banquets: storing, handling and sharing food at Neolithic Çatalhöyük. In I. Hodder (ed.), Integrating Çatalhöyük: themes from the 2000-2008 seasons. Los Angeles: Monographs of the Cotsen Institute of Archaeology, University of California at Los Angeles.

Bogaard, A., Charles, M., and Twiss, K.C., (2011), Food storage and sharing at Çatalhöyük: the botanical and faunal evidence: in Benz, M. (ed.), “The Principle of Sharing: Segregation and Construction of Social Identities at the Transition from Foraging to Farming”, pp 313–30, Berlin, Studies in Early Near Eastern Production, Subsistence and Environment 14.