The nature of early farming in south-east and central Europe

The nature of early farming in south-east and central Europe

This broad-based research initiative considers the practice of early farming in Europe as a way of understanding the agricultural transition and its consequences. The aim is to analyse and integrate results from a number of Neolithic sites across Europe, a selection of which are summarised below. 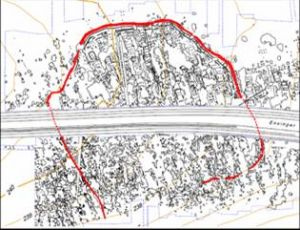 Vaihingen an der Enz, Baden-Württemberg, Germany
Archaeobotanical analyses have been conducted at a number of sites of the Early Neolithic Linearbandkeramik (LBK) culture across central Europe, and the general outlines of plant use (e.g. crops such as einkorn and emmer wheat, pea, lentil, flax, opium poppy) are well established. The site of Vaihingen an der Enz (Kreis Ludwigsburg), however, offers several unusual advantages. First, the site was well preserved, completely excavated (from 1994-2003, under the direction of Rüdiger Krause), and covers a long LBK sequence of several centuries. From an archaeobotanical point of view, therefore, it provides an opportunity to investigate variability in the deposition of charred plant remains between features, structures, areas etc. and through time. Second, Vaihingen does not conform to the ‘loose’ settlement form (Streusiedlung model) familiar from excavation in the Rhineland, and the socioeconomic significance of its relatively nucleated form has yet to be established. Third, systematic sampling of all features has provided an opportunity to intercept rare deposits rich in charred arable weed seeds associated with crop remains. This evidence is vital for making inferences about how the crops were grown. Finally, local soil conditions permitted good bone preservation, making it possible to reconstruct farming and foraging practices from both plant and animal perspectives. 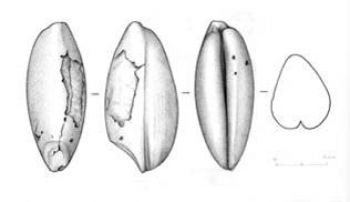 Ecsegfalva, Co. Békés, Hungary
Ecsegfalva 23 was excavated from 1999-2001 in an Anglo-Hungarian project led by Professor Alasdair Whittle, Cardiff University. Systematic sampling and flotation of archaeological deposits produced an assemblage of charred plant remains of considerable significance for scholars studying the spread of agriculture across Europe and the nature of early crop cultivation. The charred crop remains and associated arable weed seeds from Ecsegfalva provide a unique insight into the type of farming practised in a critical Neolithic transition zone, marking the shift from a Balkan to central European settlement pattern.

The Southern Romania Archaeological Project
Archaeobotanical work in the Teleorman valley of south-central Romania as part of the SRAP project, directed by Douglass Bailey and Steve Mills, is designed to study change and continuity in plant use and husbandry during the sixth-fifth millennia cal. BC: a phase in which settlement shifted from small, dispersed sites of ephemeral dwellings to long-lived settlement mounds or ‘tells’. Large-scale sampling and flotation at a number of sites has produced important new evidence for the nature of farming in this critical transition phase.

Koufovouno, Laconia, Greece
Systematic sampling and flotation of middle-late Neolithic deposits has been an integral part of excavations at the ‘tell’ site of Koufovouno, directed by Bill Cavanagh (Nottingham), Christopher Mee (Liverpool) and Josette Renard (Montpellier). The recovery of well preserved charred plant remains and high-density deposits is of great interest for two reasons. First, archaeobotanical studies of Neolithic farming in Greece are concentrated in other parts of the country, especially in Thessaly and northern Greece, where ecological conditions and archaeological sequences differ from those of southern Greece. Second, the chronology of the site offers the opportunity to examine how far changes in material culture from the Middle through the Late Neolithic, and from the Neolithic to the Early Bronze Age, were accompanied by changes in foodways and agricultural practice.