Archaeology celebrates humanity on a global scale. In different regions, times and places, archaeologists investigate different modes of living, different attitudes to life and death, different fashions, different ways of eating, the interaction between different social and cultural groups, and so on.

To study archaeology is to ‘travel’ through the full spectrum of human diversity. Anyone who has studied archaeology will understand that celebrating our differences and embracing diversity will make the world a better place. This is especially important in our present-day society where the rise of nationalism and the extreme right, Islamophobia and religious extremism lead to rising tensions between different groups of people. Even in currently prosperous and peaceful regions like western Europe, the arrival of refugees and migrants from other cultural and religious backgrounds causes significant unease among factions of the population as they are regarded as alien and ultimately ‘dangerous’ to established lifeways. 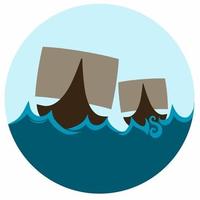 The pilot project Medieval Migrants of the North Sea World project aimed to demonstrate that human mobility and other forms of contact between people from different cultural and religious backgrounds was already widespread in the medieval period, and key to the development of our own, present-day society.

Bringing together historical, archaeological, and scientific data from England, Scandinavia and the Netherlands, c. AD 600-1500, the project analysed the ways in which medieval communities engaged with and traversed the North Sea. The pilot, and its successor project (application in prep.), draw on bioarchaeological data and other contextual data such as grave goods, grave furniture and burial rites, allowing for a comparison between ‘biological’ and ‘ethnic’ identities. Through an outreach agenda, the project hopes to increase public awareness of the fact that neither human mobility nor cultural hybridisation are new phenomena, but an intrinsic part of the history of our own society. For more information on the project, see: https://www.arch.ox.ac.uk/medieval-migrants-north-sea-world